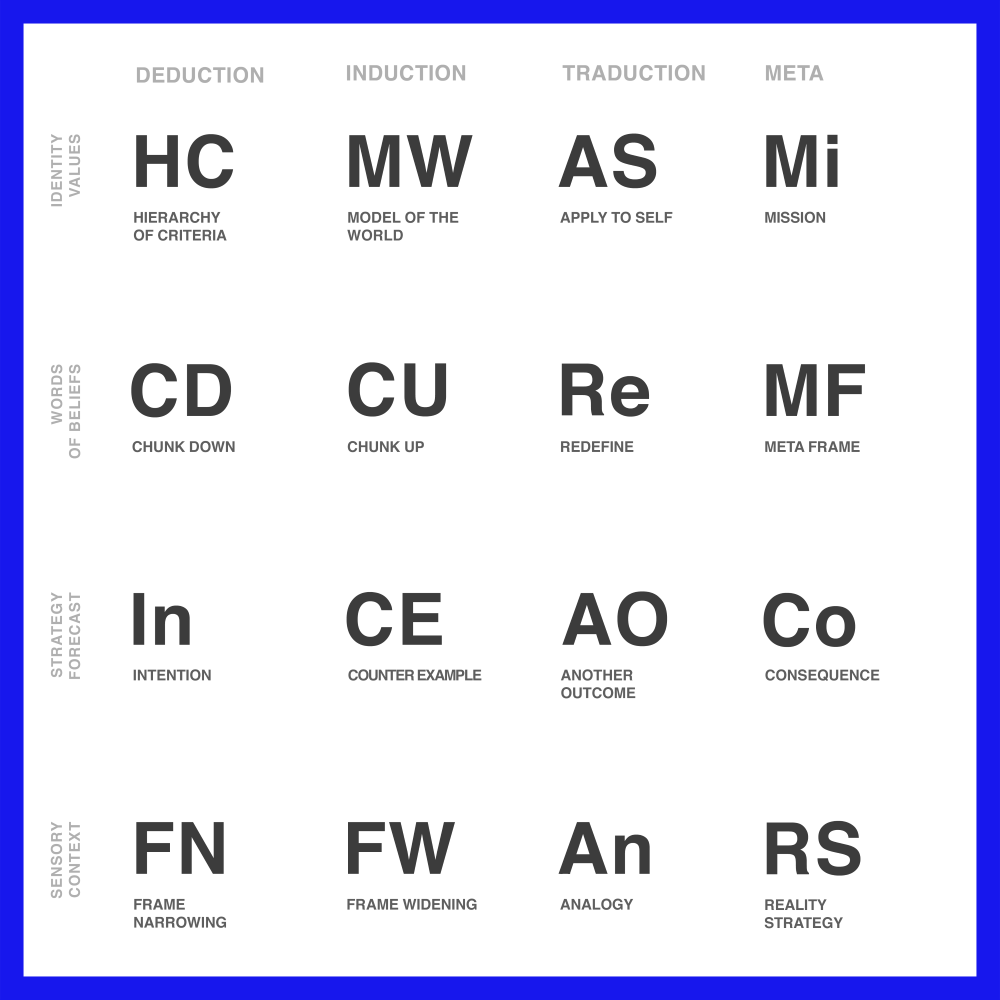 Robert Dilts has created the Sleight of Mouth, by modeling the power of persuasion of Socrates, Jesus of Nazareth, Karl Marx, Abraham Lincoln, Albert Einstein, Mahatma Gandhi, Martin Luther King, and others.

Robert Dilts writes about the Sleight of Mouth as follows:

In our opinion, this point is the reason for the relentless focus on the issue. The power of influence and persuasion has always been valued and is valued now.

To do this, we will refer to the book by R. Dilts himself and show those places that were not systematized sufficiently by him but were elaborated afterwards.